How to empower yourself:Forgiving the enemy 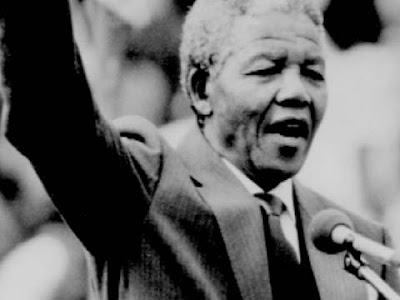 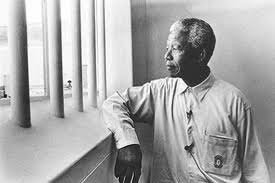 “Mandela made a grand, elegant, dignified exit from prison and it was very, very powerful for the world to see. But as I watched him walking down that dusty road, I wondered whether he was thinking about the last 27 years, whether he was angry all over again. Later, many years later, I had a chance to ask him. I said, ‘Come on, you were a great man, you invited your jailers to your inauguration, you put your pressures on the government. But tell me the truth. Weren’t you really angry all over again?’ And he said, ‘Yes, I was angry. And I was a little afraid. After all I’ve not been free in so long. But,’ he said, ‘when I felt that anger well up inside of me I realized that if I hated them after I got outside that gate then they would still have me.’ And he smiled and said, ‘I wanted to be free so I let it go.’ It was an astonishing moment in my life. It changed me.” http://lenski.com/letting-go-of-anger-resentment-and-grudges/

I thought about anger today, and how resentment swallows you up like a starved prisoner. In the short term we feel strong, in the long term the negative things we focus on claim us. Do you want to give your life to someone who you know is not worthy, not of your time, not even of your spiritual communication. It's such a load to hold anger and resentment in your heart. It causes illness, creates more fear, and are you actually happy for being able to recollect all the nasty things, someone who right now could simply be as forgetful as a fly has done to you?forgiveness

is one of the hardest things to do. I've spent ages resenting a woman who unrightfully acted negatively and superior towards my family. A woman who hasn't achieved, neither her family accomplished some of the accolades we have as a unit. Each member of our family has their own creative style, and cv of success. This woman i knew was governed by her own jealousy, and feelings of inferiority and discontent. No matter how nice or polite we were, sometimes members of her family would be locked out and we'd let them pass through our house. This is a basic neighbourly thing to do. Her family have never done that for us. During a panic attack i'd asked her partner to simply dial the ambulance's number, as when i have panic attacks, or as an epileptic my body is preparing for a seizure, her partner refused yet as god would have it my sister was on her way home. You don't have to be best friends with someone. You just have to try and forgive them in your heart, so you can move on. Resentment taints the ability to trust, it creates a barrier not just between you and someone that made the wrong choices, acted in the wrong way, was negative, hostile and wicked. Celebrate your empowerment, celebrate your free mind. One day people will bring that person's name up, you'll hear a vicious or decietful comment that person made, you may bump into that person on the street, and you will feel nothing anymore. They will mean nothing and all their power is gone.SET YOURSELF FREE!!!
anger celebrate communication empowerment faith focus Forgiveness freedom How to trust jelousy letting things go Nelson mandela resentment secrets to happiness smiles spiritual