How to spot a completely gutless guy 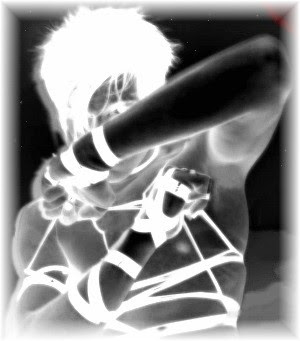 It was the rude awakening i needed. It sucked, sported, a little bit, but it was an awakening none the less. Someone i liked, who also appeared to really like me, rather than taking the initiative and ignoring the commentary of critics,and people with jealous agenda's, he decided to follow the crowd. I heard as they ridiculed me, spinelessly, because they'd never said these things to my face, they wouldn't dare. He'd laugh just to show he was still part of them, that he still fit in. He'd be silent as they tore strips out of my physical appearance,and my behaviour. I was baffled. Was this not the same guy that had always tried to get my attention, yet it was clear struggled with a shyness, and a bombardment of insecurities even i couldn't comprehend? The main culprit was a jealous bitter mother, instead of speaking up, he'd either laugh to show he endorsed their behaviour, or would rot in the background saying nothing. Yet after his mother had rounded up her family to belittle mine, and humiliate an attempt to reach out, she was no happier than she had been. Infact she seemed twice as miserable, because she knew the real agenda behind her words. Time and action will tell you what you need to know about somebody's gutless behaviour. At first i wondered if it was my ego, or maybe a heightened imagination that led me to believe this guy liked me. I didn't do anything for a whole year. I simply noticed the little things, like how he kept popping up where i was and almost seemed to be lurking, waiting for me at times. But i could see, a shyness and nerves were getting in his way. I noticed the way his car would slow down to almost a crawl as he saw me heading in a similar direction, and often i thought i imagined it, but there seemed to be a softness about the way he looked at me. For ages i thought i was imagining all of this. Then his mother, verified everything to me.Her reactions were that of a jealous, posessive person, terrified of losing someone they loved.She seemed to be most antsy when despite there being a world of space in front of her home, he'd get into the habbit of parking his car or van right in front of mine.

Put the excuses aside. There is nothing worse than dealing with someone who is completely gutless. There is nothing worse than investing time and affection in someone who hasn't got the back bone to make their own judgements about who they like and why they like them. These days when i see him, i don't even look at him out of sheer disgust. How can you respect someone that doesn't stand up for who they believe in, or what they believe in.
bitter mother follower gutless crush spineless weak wimp