The downside to competition 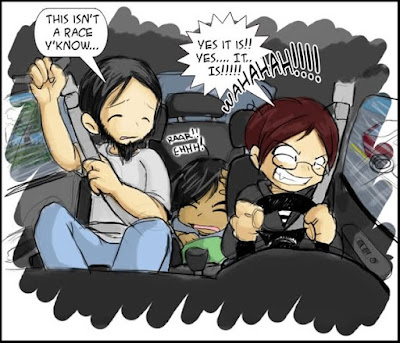 How many times have we been there? You have a goal, a dream, or an ambition, and you talk about it till the saliva's leaking out of your mouth. You bleed it to the ears of those around you. Whilst it's just talk everythings fine, the support is there, they encourage you, and they constantly say things like "Of course you can do it, you'd be amazing at it. "They discuss all these avenues, and routes, you can take to get it done. Then you actually take action, and lo and behold, results start to show. Your no longer talking out of your neck, they can actually see these things happening, and suddenly there's a strange air. You sense that you've done something wrong, yet have no idea what it is. The energy becomes awkward. You quickly notice that the same person who used to share everything with you, literally confide out their intestines. Is suddenly secretive. As though their hiding something from you. If you're both passionate about the same field, you begin to notice their hiding information which you sense they worry might be useful to you. You feel an air of competition, yet have no idea where it comes from. You ask them if everything is fine, they grin as if everything is perfect. And yet, you notice when there are others with the same skill as the two of you, they seem less threatened by it. There's a natural energy, you don't sense the razor blade of a threat. Sometimes someone's fear is greater than what is actually taking place. Someone's lack of confidence in an area is more about them than it is about you, they are projecting. 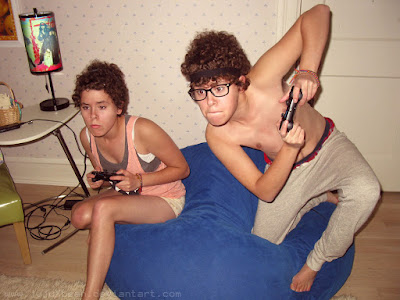 Growing up i was often told how competitive i was by people who had a similar interests as me. For a while i would pretend to be amused, but as i got older i began to secretly resent it. I began to see that in someways people who others had viewed as less threatening, were treated with a laidback air.

I would define myself as somewhat of an action Barbie, someone who always feels like they have to do something or be active in some way.My goals were always ridiculously high and just hearing that someone was doing something would always remind me that i needed to take action in some way for myself. My brain doesn't go, hey this person is doing this, i need to beat them. My brain is on auto pilot and goes, ACTION!ACTION NOW!NOW! For example have you ever walked with someone watched them pick up the pace and then set your speed to electric because you know you need to pick up the pace?
Internally i often ask myself a simple question, is it that i am over competitive, or has this person created some fiction in their minds that i'm here to beat them, and trying to make them look bad. 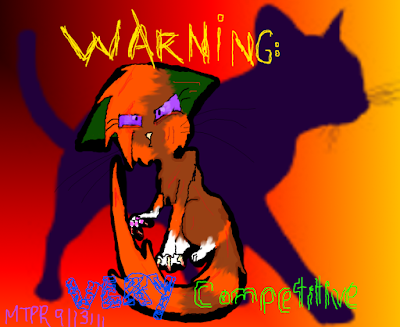 We all have a shadow that haunts us. A ghost that we may well be competing with, and is far from human. For example i suffered from tonic chlonic seizures and panic attacks for years, and spent almost a lifetime defending myself against bullies or some other insecure person with a conflict. In my mind when i accomplish the goals i accomplish, or the dreams however far fetched they are that i dream. I am stamping myself with my own approval. Validating to myself that i'm worth more faith, more self trust, more confidence. There are people who love others thinking that their so competitive, yet competition can be looked at in both a negative and a positive light.

Competition puts us in the fertile soil of endless possibility, we stretch and we expand ourselves, we grow, and a deadline adds pressure to the purpose.Yet sometimes the illusion that 'WE ARE COMPETITIVE' alienates those we love. When they thing about us they think about being shown up, or the possibility of looking bad.

The little things we do suddenly take on a double meaning.We become both annoyed and confused, especially if those same people have told us were amazing,awesome, fantastic, yet we sense that strange air of conflict, and have to puzzle over their actions, as actions speak a whole lot louder than words.We are not competing with them we are simply trying to reach our highest selves, and anybody with a disability always feels that little bit more on edge. As though is the time nigh, and if it is what is my life cv saying about me?