How to not be lead on by a shy guy 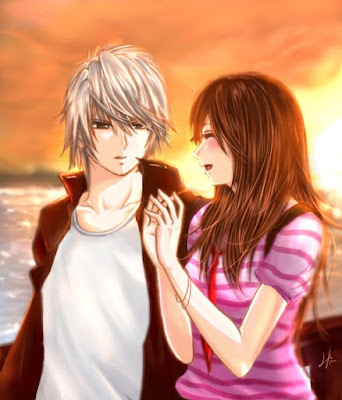 I get it. Quiet guys or even shy guys are sexy, sexy, sexy. Their mysterious, and are not as obvious to figure out as the loud mouth parading himself up and down your line of vision. They don't appear arrogant, and sometimes their nervousness, and coyness, makes you empathise that much more.They bring out the nurturer in women, and because their so private, they'll be great to confide in, and fab to share all your secrets with....and how about that shy guy who you sense would take things that much further if he can just get past those nerves. Aren't assumptions delicious things.

2) If your having a discussion with him, and his eyes are regularly following some other hot chicks behind, or he keeps asking you questions about another girl, or woman. That is a sign. Sometimes he may just be curious, but your instinct will show you, those questions are more than a mild curiosity. That's a sign. Lets say you have a gorgeous friend called Becky or something, and her name pops up more than once, and he's the one who always brings her name up. Ring the alarm

3) If you call him, or text him and it always takes him ages to get back to you, or he even forgets, thats a sign. A guy will go above and beyond to secure the affections of the woman he likes. Men know that women can be sensitive about things like phone calls, and text messages, in the early stages of a relationship, or a potential dating scenario, a guy will do key things to make sure the girl he likes doesn't think he's uninterested, so she saunters off to someone else.

4) Don't put all your eggs in one basket immediately. Some guys take forever whilst you rot away disecting every little thing he does. As strange as this sounds, you are allowed to mentally give yourself a deadline. If nothing happens after this date, i'm moving on and allowing my affections to flourish elsewhere. Forget the looks, body language, conversations, how many opportunities has he had to express his feelings. How many times have you guys been completely alone together? How many times have you sensed it's the perfect opportunity for him to speak up?

5) You may argue, but he's shy, there are guys it takes time to do these things. People need to feel ready, they need to feel as though it's the right time. How long are you willing to pander to someone elses time. Often times an attractive girl meets loads of other guys, who are interested, and eager to lay their hearts on the line, instantly. She may have a great time with these guys, yet she has emotionally invested in playing the long and hard game with the shy guy. These guys sense she's not interested, they move on, and sometimes to her own detriment it may not work out with mr mysterious

6) We've all seen those movies where the guy is suffering with unrequited love. This isn't a movie it's real life. He's shy therefore i must tie his shoelaces for him...wrong. Men like to take initiative, they are predators by nature. Predators get primed. If you are constantly throwing yourself at a guy who your convinced is terrified to take the initiative and if you dont nothing will ever happen, stop emotionally patronising him. If there is the possibility a guy might lose the girl of his dreams, some guys literally turn into G.I joe. They take initiative like it's war.

7) Don't allow yourself to be lead on if you do start dating other people, and suddenly the guy you liked is annoyed he's not the centre of your universe, and begins to throw a spanner in the works. Was he emotionally unavailable before and now he can't seem to get enough of you. Ask him what's really going on here. Don't be aggressive, be relaxed as though it were a casual question. Jealousy is not love. Someone acting up may want your attention, but may not want you.

8)Always remember, how much louder than words actions really are. Don't confuse a guys friendliness, or politeness to mean something completely different. If you lead yourself on, you have to take responsibility for that

9) This is a strange one, but it's an important one none the less. Make the effort to look amazing for you, look glorious mostly for you.Work on being comfortable in your own skin. So no matter what is taking place, you know you are honoring yourself. Read books that will educate and inform you, you are your very own marketing campaign.

10) Advice and encouragement from friends is fantastic, yet sometimes our friends lead us up the wall path, and influence us with their own naivety. Make your own well informed conclusions.
ashamed of someone your dating building confidence crush on a shy guy How not to be lead on moving on