Jealousy and gut instinct (It's not your imagination) 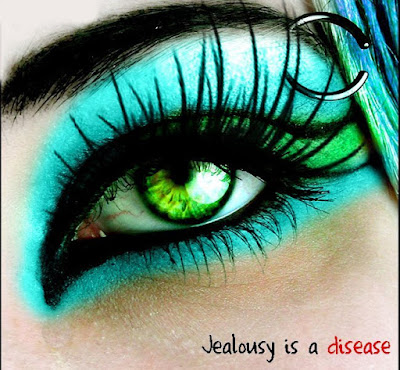 How many times do we ask that question? Is it my imagination, someone can't be acting this cruelly for no reason can they? And if they hate me so much why are they trying to compete with me? If i'm so much lesser than them..wouldn't they try and compete with someone more....like them? Jealousy is an irrational emotion. Sometimes it can be just as irrational as anger. Are you good looking, intelligent, have wealthy posessions, popular and likeable?Maybe you wouldn't describe yourself as these things, but whatever quality you have,this is the reason some insecure individual is trying to railroad you. Gossip about you, cultivating new and improved vicious lies, sabotaging you anyway possible, or giving you as cold a shoulder as you'd feel if you lived in a fridge freezer. When someone is jealous of you and being vindictive, rather than expressing their admiration, it's shared in a warped abusive way, because their in a negative state of mind. Their not happy with who they are and what they have to offer. Jealous people go as far as copying you,then striving to do things so much better than you, in order to get the praise they feel you've acquired, of which their mind convinces them they deserve. Dont be fooled by their power play. Jealousy is a prison all of it's own. Jealous people are never happy. If you sense that someone is trying to make you look bad, making nasty remarks, that originate with jealousy, distance yourself. Jealous people attack the self esteem if their not offering you growth and support, get it from positive friends, family members and colleagues. What their offering you don't need it, what their selling, you aint buying. Leave them to their insecure devices and focus on doing your own thing. If you care strongly for them, confront them in a non accusatory tone, when aprivate opportunity arises. "I've noticed your acting a bit differently towards me, have i done something to offend you?" Let them share their side of the story, it may not be jealousy you may have actually done something to offend them. Yet the best thing to do is trust your gut instinct, most jealous people wont confess to being jealous because it makes them feel weak.Guess what? There are plenty of more secure confident people in society, it's time to mingle mercilessly.
gut instinct How to understand jealousy and work towards healing negative people toxic people