How to get over a guy who humiliates you 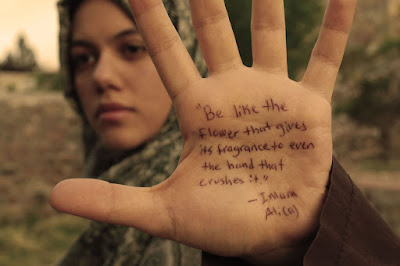 
The reason why someone humiliates you, is to put themselves on a pedastal and make you feel the size of a breadcrumb. Did you confess your undying love only to have the guy you like snigger about you with his friends and family, avoid you, and basically give you the worst label in the world. Guess what? The same guy will still want your attention all over again. What do you do with guys like that? Replace them!!! Simply show them they are not as indisposable as they think.They can be replaced. With someone kinder, more mature, better looking, more fun, more exciting.The feelings of humiliation your experiencing, the 'please dont bump into me, where can i hide, can i switch towns and change my name' has been experienced by some of the most beautiful women in the world. There's not something paticularly wrong with you, there's just something wrong with the choice you made. You wanted pizza and went to an ice cream store. You emotionally invested in the wrong guy, and ouch did it hurt. I call it 'Zeus phenomenon', when some guy wracked with his own well hidden insecurities decides that he wants to appear superior to someone else. The problem with his delusion is that god in genesis wasn't god because he decided to tear things down, he was superior because he wanted to build up the things around him, and bless them. Pretty and delicious as this guy might have been, he had or has no right to shrink your confidence to the size of a pea.
Circulate, socialise, network, and let the love creep in. Hang out with friends in places that are busy with communication. Give decent guys approaching opportunity, even if its a five second conversation. You are searching for someone who fits you.Even if your not desperately ad campaign searching, your trying not to lose your faith in humanity.

I will warn you of two things. The guy you liked may absolutely not give a toss. He may not even blink twice, and talk of how lucky he is, and how he got away scot free. The second warning, picking up on your heightened confidence and the fact you have become less available to him, you'll start to pick up the i'm interested vibes. I'm sensitive vibes, your hurting me vibes from a guy who had the audacity to ridicule you in the first place. Now that you've moved on, or are starting to those little jokes that he laughed at, the comments that were made by friends or family to indulge him, have created a possibility that his ego didn't consider. He could actually loose your interest, and any sort of respect you had for him for good. Guess what, they were his choices to make. The problem guys and even women forget, is that the high of an ego boost wont last forever. The fog clears, and they soon realised you can't be used so they appear funny anymore, or desirable, or respect worthy. Replace, replace, replace. Your allowed to believe you deserve the companionship of that one guy who doesn't want to leave your side, and will defend you against anything and anyone.
beating cruelty building self esteem confidence getting over a guy who humiliates you How to get over rejection loving yourself moving on from a crush self respect