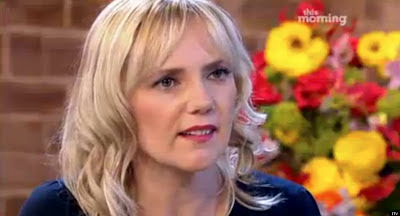 Wow seriously there was a whole outrage about Samantha Bricks commentary glorifying herself but in all honesty i believe that was her perspective...deluded as it might seem to everybody else. We all know of Samantha Brick's mail online article that read people hate me because i'm beautiful. Yes sir, it sounded arrogant, snooty, obnoxious, it sounded all but ridiculous yet i've witnessed it first hand. Negative and sabotaging behaviours being done to 'actually stunning' women who dont appear to have done anything to anyone, and i've read loads of articles where frustrated beautiful women vent at not having female friends, having guys that are too intimidated to approach them that may suit them perfectly seeking out every plain Jane in the room, being ridiculed and harassed because of their beauty.I dont believe this is a strange phenomena, women are very competitive, easily threatened, and quite jealous of a woman that appears to be a standout beauty. It's sad that society believes a beautiful woman automatically is guaranteed a one hundred percent easier life.....sadly despite Samantha Bricks delusions i dont believe she's the gold star beauty she thinks she is. 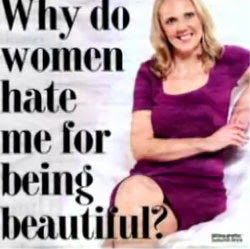 I do believe her accounts about the gifts that have been given to her like the champagne, and other special benefits. Beauty is subjective, and i once had a gentleman offer to pay for a ticket for me and a family member of mine to travel abroad. I dont dazzle everyone,but Samantha Brick brought to attention a reality, women who may not even be seen as beautiful across the board, may still be treated as a threat and quite nastily too. Im not saying all women are treated as the enemy, there are beautiful women internationally that have a truck load of friends,and companions. Yet beautiful self assured women, who may not be arrogant, can still be alienated and treated as problematic, due to jealousy and someone else's low self esteem.
confidence delusion jealous women samantha brick society