Elastic mindset:How far can you fly? 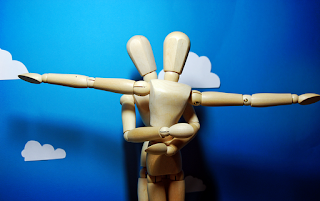 Expect the best not just for yourself, of yourself. Have faith in who you are and what you can accomplish, a loosers mindset will set you back 1000 paces, a winners mindset will push you forward. When trial meets triumph, you'll be able to say with much amusement to your doubters, "see I told you I could do it." yet it's not about them, it's about you. How far can such an elastic mind stretch and expand. When I was younger I used to have this saying, "if you told me I couldnt fly, I wouldn't believe you." Now I'm older I say it, and despite all the mist and the smoke in my eyes, if you asked me what I can see?.....I still see that. Someone determined to push forward with such granite belief. We all have that deep within ourselves. Wether it's dancing, singing, being the fastest person to down a whisky bottle in a minute, if someone told you you couldn't do those things you wouldn't believe them, because you've seen it with your visible eye.....Now i'm not saying i can flap my wings and take off like a bird. It's a metaphor, for faith and belief.