Lesson learned: How to deal with ignorant people 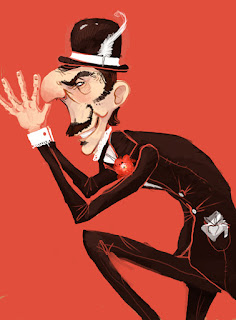 Nobody could have predicted my older brothers success exploding as it did. Especially not those women who took it upon themselves to say something nasty or cruel.It was their own need to validate themselves.

When I was younger two black women were walking past me and my older brother. My brother is good looking, confident and charismatic. We were simply minding our own affairs, when one woman had said the words "African monkey," and her friend had laughed. I was eleven or twelve at the time. They were not stunning, photoshopped magazine or catwalk models. They were of the older generation, black as we were black, dark as we were dark. I was livid, and stood there foaming at the mouth fist tight anger pronounced. Then I glanced at my brother and to my shock he didn't even care. I couldn't believe it. How could he ignore them, they'd crossed the line, how could they use words like that especially as they were black. I learned early that people who try and make themselves seem significant because of their own lack of confidence will try every method they can. My brother wasted no time on them. These women were not even  a spec on my brothers radar.He's now extremely successful, well off and in a great financial position. I can't imagine those women are in the same position. Simply put this is how you deal with ignorant people.

Their stupidity alone exposes them for what they truly are....dumb. Focus on you and let them continue to poison their own minds and their own lives. They are their own villains.
image by scummy
beauty bitterness confidence ignorance jealousy racism within your own race success villain