Cracking into the crazy code: Defining crazy in a mental world 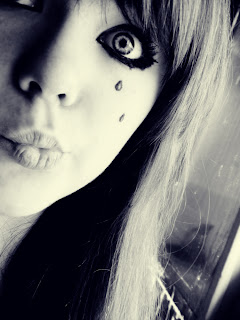 After numerous dating disasters one thing always sticks in my mind. There has not been an ex boyfriend i dated who didn't call their last partner 'craaaaazy.' The term is used so loosely, and people often languish in it. Almost having it as an option to alienate and discredit those that they don't really like. For example with one boyfriend, i found it wasn't so much that his ex girlfriend was 'crazy' it was that he had no self esteem, she had some self esteem, was actually confident, and he was too clingy. She had an independant nature about her, and was sociable, popular, outgoing and supposedly areal force of nature, despite being 'craaaaaazy,' my ex boyfriend could not resist moaning and ranting, or even trying to compete with her. It begs the question. If someone is crazy, why try and compete with them, doesn't that mean their completely illogical, a threat to your safety, and the safety of those around you, why would you go near a crazy person and play a game of lets compare lives. I started to realise my ex boyfriends version of crazy when i began to make successful strokes in personal career goals, suddenly it wasn't just a pet project that i had been working on, when big names began to contact me for shoots and i'd get excited about it and share the good news with him, i also in time became the enemy as well. It started off as little digs, and put downs here and there, then when i began to challenge his ego, and his whole 'friendship' illusion went down the toilet as i refused to get into a relationship with him where i knew i would not be respected as an equal, of course i was crazy too. Another boyfriend who i thought was absolutely hysterical had once been chased by his ex with a pair of 'really sharp scissors' as he recalled the story, with his little boy face on, and his sulky brown eyes, at the time i thought wow i'm really privileged that he's confiding this in me, "SHE MUST BE CRAZY!!" Wrong again, not only did he have a murky past, but his ability to be a user, selfish, and drive you to the edge is almost second to none. If ever there was a job titled called 'wind up artist', he would have been driving a Mercedes and being paid seven figures. What am i saying Here? Dave Chappelle said it in one of his interviews, see beyond the term 'crazy. It's a label used to discredit people so intellectually you dont take them seriously, socially you dont take the seriously, and if they have answers you think twice about going to them and asking the information you require. A jealous and not especially skilled manipulator can convince us that someone is 'crazy' and we should stay away from them as though mental health is a virus that can be caught. Actually some of the most functionally normal people in society can appear to be crazy in some instances. Crazy to me means chaos, out of control, because as human beings, no matter what people tell you, we all have a god complex. Someone can be very bubbly , outgoing appear to be very stable, then they sink into a deep depression, and things spiral out of control from there, someone can become extremely stressed out in a situation and because of poor stress management levels, the balance is tipped to the other side, they feel as though they bit off more than they can chew, someone can be attacked, raped, violated, all that pent up aggression turns into something else, Love can make someone crazy,jealousy can make someone crazy, Bitterness can make someone crazy, Financial Bancruptcy can sink someone into a hole.An arsehole boss can drive someone over the edge, and we've all heard the stories about passive aggressive people who finally loose it after being conservative and holding everything in for years, just snap. Then people say oh my god they seemed so normal, how do you define normal? I have a problem with really immature people who have deep rooted insecurities of their own have failed in other areas of their life, and use someone else's pain as a platform for humiliation. Were not perfect. We all act silly from time to time. I mean though those who get a real 'kick' out of seeing someone do something out of the ordinary because it means they can hail the flag and say see 'their doing something that's different, it's not the norm is it?" He he he. Look at how they turned out, and look at me. Sadly if this is how people like this measure their standards, then they are outright failures. Doing normal doesn't guarantee that you are 'normal', and being a normal regular Jane, or Jack, wont guarantee that your happy. Success is a happy fullfilled life, without being territorial, insecure,afraid of everyone,and everything. There are many people whose ideas were seen as far out and crazy, yet when their inventions or idea's acquired financial backing, they weren't crazy anymore....they were geniuses.
bitterness crazy dating depression disasters functional happiness humiliation jealousy manipulator measure mental mental health normal partner skilled violated virus