Anihilating A.T.M Syndrome: Stop being used for your money 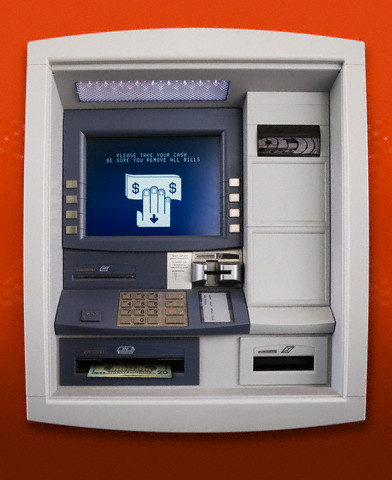 It's a funny thing when you come across people who constantly complain about being used for their money, some not all, make the mistake of talking too much about how much money they have. If your fed up with being used for your money, stop using your money as an advert to lure people in. Give someone a chance to like you, for who you are. Let them get to know you, see your qualities and celebrate them. I was watching the millionaire matchmaker recently and there was a prince who complained about being used for his money but here's the thing most of his introduction was based upon glorifications of his wealth. Men especially need to understand this.

There is a fiction that a woman will not love a poor man, a beautiful woman anyway. My question to you is, are there children in third world countries? How did those children come about? Did their parents have to communicate and conversate? Did there have to be some sort of respect? Wealth doesn't always command lasting respect. Do wealthy men ever go through divorces? Do they ever have trust issues because a partner has been unfaithful? Do they ever get let down, disappointed, hurt? Yes. Money means opportunities, it means extra choices, that someone who comes from lack may not be able to afford or tap into. You do not want to advertise yourself as somebodies meal ticket, you want to advertise yourself as someone's potential companion.

In a workplace the boss never tells you exactly how much money they have. He/she never tells you how much money the company makes, but their aware they are in a financial power position. It's simple really. If you ask for a promotion the boss tells you what  that he/she does not have the financial resources to provide what you want, because actually the things you need may not actually be what you require. What the boss is downplay the status of the company, they may start talking about cutbacks, or talk about how they understand your situation as they also have bills to pay, and it's a nightmare, only to see they've bought a new Mercedes, or when their ready to give you a promotion. It's called downplaying. They don't boom box advertise what they have because their not setting themselves up to be put in uncomfortable situations being asked for things left and right.

For example I have a friend who is always 'broke' and even when you know they have money, or you've seen a sign of financial flamboyance here and there, she'll quickly change the discussion to the state of the economy and all the bills she's paying. Why? Because with certain types of people it's their habbit to ask for money, or drop hints as soon as they see a sign you have something coming in.