Dark and Delicious: How to be confident within your own skin 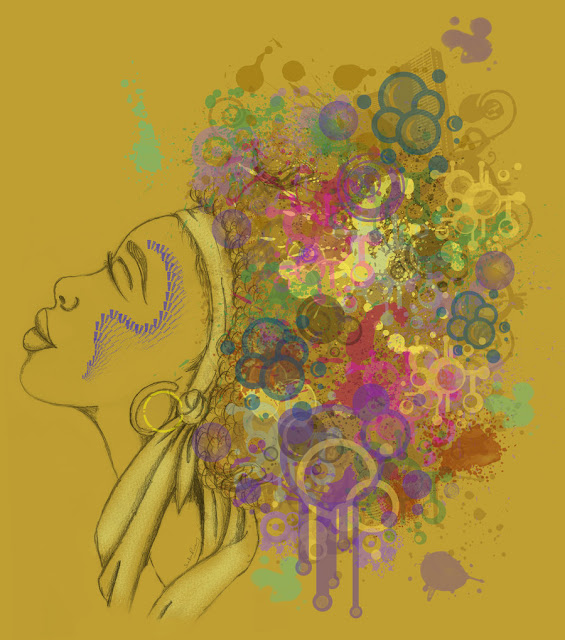 There is a huge debate about how dark skinned people are treated in comparison to their fairer skinned counter parts in ethnic communities. From being called things like blique, which is an insult used in the black community to say your as black as charcoal, to being told you would be more attractive if you were a fairer skinned complexion, some darker skinned people argue that they get given an unfair rap. As though being dark is bad in some way. Are dark skin is negative. Here is my argument in every corner of the world you will find ignorant jealous people, the thing about envy is it can often be rationalised. Someone can convince you that there's something wrong with you, a quality,  a skill, a character, an asset, because they secretly want it. If they have people around them who imitate what they do and what they say, if your naieve enough you can be convinced that there's something wrong with you and allow other people to steal the joy from your life.

Here's an example for years a jealous woman kept desperately trying to get me down, she felt inferior because she wasn't likable, had never been popular, and people seemed to gravitate towards me rather than towards her. I am outgoing, bubbly, fun, a free spirit, young, and of course I am of a darker skin tone. I also after years of reading and taking pride in academics, believe that wisdom and words are more powerful and more important than looking good to those around you. Because I was different, and because she was bitter and jealous, because she felt lonely at times and inadequate, she convinced those around her, especially those who took an interest in me, that there was something wrong with me. The way I looked, the way I talked, the way I spoke, jealous and determined to make me feel bad and be ashamed of who I was she tried every cause of bullying and low class ridicule and manipulation that was at her disposal. From getting family to chant "uggghlhh disgusting!! she's disgusting!! she's this, she's that!! she's ugly!!" this manipulative, insecure jealous, petty and insecure woman had to feel as though she was winning in some way. Whilst trying to befriend family members, because as is always the case the same people who want to tear you down, do it because they want to get close to you, and they want to take your place in some way.

For women who have experienced negative treatment and put downs and have been insulted about skin tone, and colour, and culture, celebrate yourself no matter what. This behaviour comes from their own self loathing. I cant tell you the amount of times it's happened to me, or I've had friends tell me that they were called ugly, and put down and ridiculed by someone, called things like monkey by their own race, had guys of the opposite sex, laugh at them, really degrade them to the point of bullying only to find out later on that these guys wanted to ask them out or get close to them in some way. Look beyond how you feel at the moment. What could be the real agenda? People often try and make us feel small because they feel inferior, jealous, or inadequate in some way. Be confident in your own skin.

God made no mistakes when he made you. If people have a problem with you, it's their problem.  Life wasn't made according to their rules, they don't have the monopoly, they didn't invent the game and if they did, they'd be happier playing it. They'd have less energy moaning and being miserable mithering others. Celebrate who you are. This is your life you only live it once. If they want to talk 'screw them, their losers anyway," do you think people with self esteem, people who are happy, less insecure about themselves, are happy in their own lives, care what skin tone you are? They wanna meet new people, they want to have fun, they wanna celebrate life.
befriend bullying celebrate confident energy how to be happy in your own skin inferior jealous laugh life lives mistakes negative sex woman