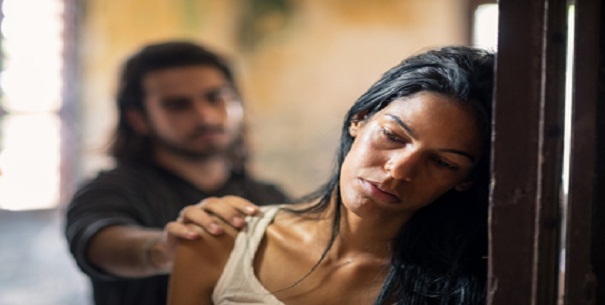 People say power corrupts, or sometimes they say money does. I think someone has to have those yearnings deep within themselves, somewhere in the dark recesses of those contrived organized placid systemic smiles. We say everyone has a dark side, but what happens when Mr nice guy turns nasty. What I've learnt over time is that everybody has a side, everybody has a coin element. I wrote this piece for every woman or every man even whose kicking themselves right now because someone who appeared to be so regular and so nice, over time revealed such a nasty nature to themselves. An enjoyment of cruelty, or a contemptful nature, and slowly sucking the self esteem out of others through a straw because they had none. For women who have dated emotionally abusive men, bullies, liars, controllers, manipulaters, and you begin to have a deep resentment towards yourself because why you? Why do you keep picking these guys? How could you not see who they were, or how they were? How did they trick you? They tricked themselves. That abuse that they throw at you, those comments, from the person who manipulates you with the silent treatment when they don't get their own way, alienate you from family, drive you so far away yet hunt you down like an animal because suddenly they need you so near. You need to understand all these things that they do is not about you, it's about how they feel about themselves. A man who may be jealous of the fact that your bubbly, likable, outgoing, and attractive, may make it his goal not just to attempt to make you feel small. Yet to really bury you in their feelings of inadequacy. Sometimes we do a lot of self blame, we question our judgement, and forget to tell ourselves, we chose those people not because we thought they were bad people. It was because we thought they were good people. A guy who later decided to try and bully or ridicule me for over a year because I was no longer interested in him, wasn't especially good looking, he didn't have a lot of money, he had a strange tone to his voice, he wasn't charismatic, or intelligent. What I saw to him, was a nice guy, he seemed like a kind hearted soul, and he seemed reliable and the sort of person that was honest. Despite the signals and signs which appeared to me as though he were interested in me, it was a funny show of events to see the other side of him. Weak, a follower. His family didn't find me especially physically appealing, they favoured lighter skinned women, rather than simply admitting that he was attracted to someone they may not approve of. I was called every name under the sun, lied about, gossiped about, and because it was feeding into his ego and need for validation, he went right along with it.

People have various sides to them. Time reveals all, within us, we have to decide what were willing to tolerate. What we will stand for and who will allow to engage our lives and our energy. Your energy is precious, your joy is precious, share your essence with the right type of people, and don't brutalise yourself for making imperfect judgements, we are not perfect people. Time reveals all. If you've made a mistake and bad judgement call, it was that....a mistake. Don't let other people drag you down because they feel inadequate.