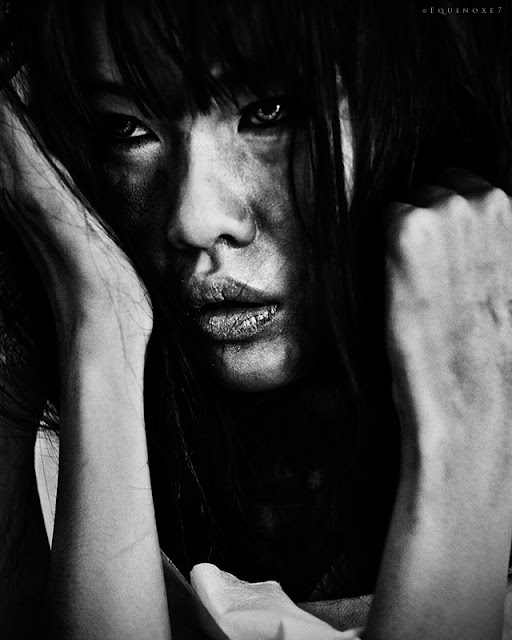 Anger. Control. I was furious. Betrayed, manipulated by a guy who was simply on the bottom rung of his self esteem issues, and he went after me because, he just wanted to feel good about himself. The attention seeking ace. Many men complain about this woman, many men have been this man. These are the attention seekers that are so insecure within themselves they crave your acknowledgement, and they will do anything to get it. I once had an experience where I was convinced there was a guy who from my visual accounts was clearly interested. From body language, the lurking , the watching, the happening to pop outside at the same time I seemed to be, beeping at me in the street, driving at snails pace to get noticed. My women's intuition was going insane. Wow, I thought secretly, this guy must really like me. I knew he lacked a lot of self confidence, what I didn't count on was that he would use the attention I gave him as a platform to put himself on a pedestal and gain acknowledgement from those around him. My assumption was my downfall. For being a modern woman I decided to be uber feminist, take charge, after all this was a guy with low self esteem he needed a little push. I could only awe at the naivety of my decision years later, as this guy for over two years used me as a subject of light, entertainment , and ridicule.  I was furious. Initially when this guys family were making me the object of ridicule, naively I thought nope 'nice guy' he'll say something, speak up, explain the reality of the situation. I had said my good mornings to him, you alrights, good evenings, my family were always cordial, we listened to his tales of woeful work. Then I realised too late. It wasn't about me being Miss nice body. This cruelty, this ridicule, wasn't just about me. It was about a guy who was secretly bitter desperate to assert himself as an Alpha dog in his household, using me as the stepping stool. It was about a family who didn't have a wealth of adventure or experiences to offer their guests, so they'd offer them lies and fiction instead. I thought about  how life should have gone according to plan, I was submissive enough to be kind, therefore he should have been kind too.

Then I realised for the women who have been raped, abused, men who have been robbed, people who have lost someone or experienced some sort of illness, or those living in poverty. Life isn't always fair. Who created that rule? That fiction that life had to be fair? If life was fair wouldn't everybody be happy? Wouldn't it just be like a musical? In life we cannot control people. We can only live our lives. I realised forgiveness is the only way to move on. Yet sometimes next to public speaking. Forgiveness is probably one of the hardest things to do in life ever. It's not so much about forgiving other people. Some people are so messed up they will continue to make the wrong choices their whole lives, choices that hurt them, choices that halt them, yet it's not your job to fix them. We have to forgive ourselves, and know who we are. Love yourself, respect yourself and hold yourself to the highest standard, but most importantly forgive yourself. People often tell us that we have to forgive the negative influences around us in order to move on. Funny, it's not about forgiving them. You will be amazed at the skill at which some people can justify poor behaviour with ease, we do it, so we can sleep at night, because behind the prison bars of the mind, the conscience keeps whispering. We just want to silence it, so we soothe it with a string of excuses. If you could have predicted that the outcome of your situation could have been exactly what it is now, with it's negativity , and complications, that the pain would have been such as it is now? The answer is no. We take pain killers to avoid pain. Forgive you. If you were a psychic and could predict things would have turned out negatively you probably would have done things differently. Take the lessons you need to learn. I learnt you need to let people earn your respect, we are valuable enough and worthwhile enough.