Man in the apron: How MiSOGYNISTIC IS YOUR MAN 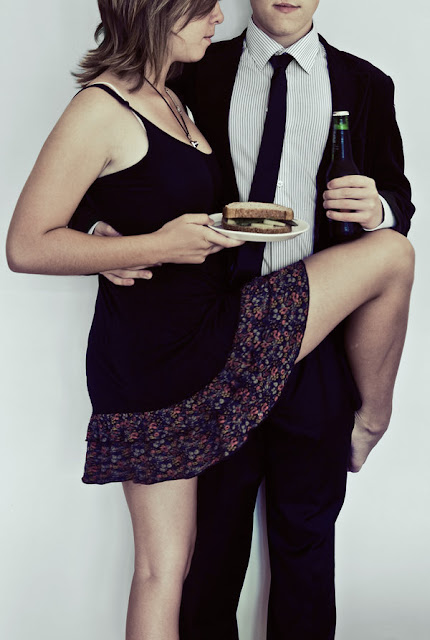 
Slut, whore, trollop?  What about his views on traditional gender roles within a relationship. Does he believe the woman should always manage and be the caretaker of the house, cook , clean, and should have only one male friend? Does he respect women's right to earn a high wage or does he secretly believe that any success a woman accomplishes is based on the bat of an eyelash and a push up bra. How about your successes? Does he always go quiet when you accomplish something, and make consistent digs about a woman's role, and not being his 'woman's bitch' or whipped. How does he refer to other women? Do you see him checking out certain other women, only to lie through his teeth later on and tell you he wouldn't touch her with a barge pole because she's so easy. How does he discuss other women? However he talks about other women is how he will one day discuss about you.

A man who respects himself, is not easily threatened, will not be threatened by the success and strengths of his woman. If you find yourself in a verbally, emotionally or abusive relationship with a man who tries to control what you wear, who you speak to, where you hang out, then be very aware he is a misogynist and is being controlling. If you find that his discussions with friends revolve around belittling and humiliating other women it informs you that he has self esteem issues, is toxic, and may not be the guy you want for the future. It is not a crime for a man to be an alpha male, to believe in traditional roles, but the foundation of any relationship is reciprocity, trust, sharing, support, if you find the relationship is all about what you can give to him, you feel consistently drained and his rants about other women are tiring to say the least.....you may feel as though he gets all the validation he needs from you, yet when you ask for things your told to stop being needy. Or your too full on. Maybe your assertive, yet you feel held back by a guy who seems to have a problem every time you show you can assert yourself......in case your having sleepless nights, ruminating, obsessively fixing, and trying to be less of the fully flamboyant person you are, the problem isn't you. You are just mismatched.
assertive controlling friends guy man mismatched misogynist relationship respect toxic women