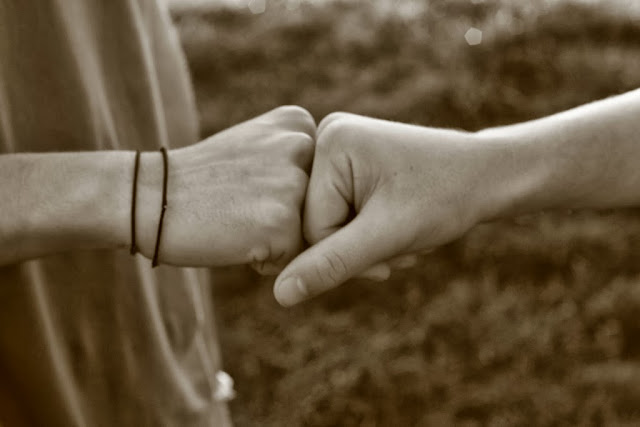 I once took a risk on someone and watched in awe as they showed themselves to be everything i actually found unappealing in a person. Dishonest, manipulative, cruel, sadistic. What i had offered as kindness was used as a platform to ridicule me in an attempt to appear more appealing to others, and in their very insecure maner....make people stay. Make people find them funny, or likable, attractive in some way, and the more i tried to move forward from the mistake of such a bad choice, the same person that had tried so intensely to ruin my reputation, became jealous, and was actually investing more time to show themselves more toxic. From allowing myself to be wound up , getting angry, becoming furious, it became clear to me, the sadness of the choices they were making. How pathetic it was that they had to stoop so low in order to try and get others to stay, ultimately those people would leave anyway. They would require someone with more confidence, more adventure, more stories to tell, more of a likability factor. When you love yourself you have more to share than the flaws of others.I realised that i was better than such poor behaviour. There is an old saying i used to tell someone close to me, "sadly the bad one's always come back", they are like a revolving door, and are often deluded enough to think despite treating you so poorly you have such little respect they can gain entrance. Time soon comes. The same people who merrily tear you down will be eager to talk to you, or curious about the intricacies of your life. I've learnt with age that when people are hostile to you.....dramatically, and it is unprovoked, they are often hostile with an agenda. The more he ridiculed and belittled me with those around him to support his envy and that of others, i reminded myself that i wasn't a revolving door. We make a choice, to treat others with respect, and to ask the right qestions when we sense there is something amiss. Love yourself no matter what, you are worthy of the utmost respect. You are worthy of love, friendship, companionship, and most of all people who don't specialise in trying to use you as a platform to gain negative kudos.If they respected themselves they wouldn't have to stoop so low.
belittle companionship envy factor friendship insecure likability love manipulative negative people respect ridicule sadistic time toxic