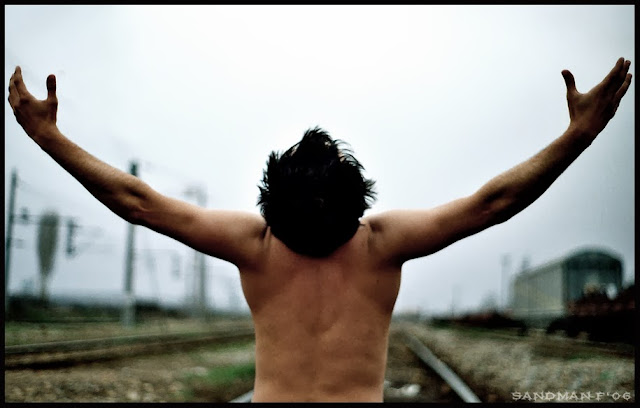 
Anger unchecked becomes bitterness. It stays in the pit of your stomach, it rests there until it festers long enough to become part of your cycle. Sometimes we find were angry at first for all the right reasons, but as time passes the intensity of the anger doesn't add up.We begin to justify it, become our own lawyers, look for ways to validate our argument even though enough time has passed for us to privately conclude, somewhere along the interaction we were not Saint. We were also sinner. Letting things go is one of the hardest things to do in life, yet sometimes you have to, not for the other person but for yourself. Forgiving them doesn't mean asking them out for drinks, going out on the town, having a shopping trip, i realised something. When people hurt us they loose more than what they gain. They loose our time, our trust and our respect. Once the glory sheen wears off, and the action or the behaviour they carried out to either humiliate or just in an attempt to throne themselves wears off, they've lost you, and they will aways miss you. I believe life moves in cycles, envy and insecurity cloud judgement, for a few minutes or even a year of fame, the same person who set out to establish some sort of respect for themselves sadly will seek you out, but by then most likely you wont want to hear it. It's not because your cold or heartless or even mean, it's because your probably still trying to forgive yourself for taking a risk on that person the first time. I once took a risk on someone with the assumption that they were quote unquote a good guy, now i question what the concept of a good guy actually means. Forgive yourself. People punish us and that's fair enough, but to go on and punish yourself. Were angry because we have standards, because we were hurt, because there's lines which others shouldn't cross but they do because their only human, and human beings love to test boundaries. Remember the iintent behind what you did. You don't have to grin at the person, or make jokes with them, if they speak to you and you have the patience to be cordial, then go ahead. Just remember, what people do to you, they also do to themselves. Forgive yourself for the mistakes that you made because you may make those mistakes again, what do you plan to do the next time....hang yourself. We lead with our hearts often, rarely our heads, it's part of the human condition. Forgiveness is freedom, it gives you the permission to trust yourself to make the right choices and learn from your mistakes. Mistakes are something we all have in common. Forgiveness stops us from being guaded, it relaxes our protection field. Were free to live and breathe. If someone has hurt you painfully, with dishonesty, cruelty, ridicule or malice, now you know exactly where to place them, and you can cultivate more fruitful relationships.
breathe dishonesty fair forgive freedom hearts human condition hurt live malice mistakes people punish relationships ridicule