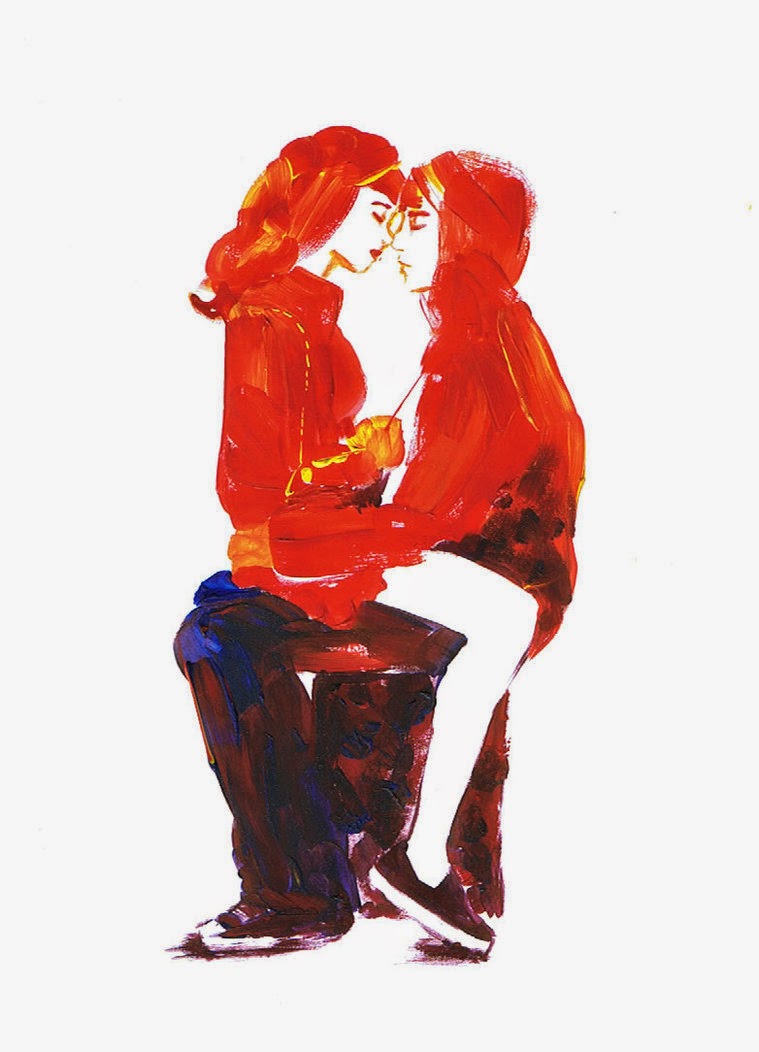 This was how i saw us. It was you i said to myself. I blamed him for all the hungry kisses and the sighs i experienced in the Sixthform Cafeteria. I'd shadow him, lurking in a river of my own quiet anticipation. I was hopeless, i was gone, and he was just living his life. In my head we'd had a million different conversations, i'd say i'm a Libra, i know your a capricorn, i can teach you things about my starsign you never would have thought. He'd say in return, the lonely boy in the corner. Something,something, along the lines of how his last two girlfriends traumatised him, and then there was me. I study him regularly, the smoothe sophistication of his height, the lashes that cover soft brown eyes, and a crown of chestnut hair like a halo around his head. He reminded me of a cherub. That innocence that was afforded to him. Today he stood outside the bins in the open doorway, his fingertips framed by a sillhouette Ciggarette.  " I'm handing out flyers," i said nervously shuffling from one foot to the other. " It's a poetry thing, i'm reading and i'll be performing."
" Cool," he took it from my easy, lazy fingertips. I was staring too hard, like i always do when i saw James Marcus Anderson, he played for the local Rugby team, and in his spare time wrote for the  Park View Daily, our local newspaper. " Do you er..." he always had a look like he was a sentence away from saying the sentence he had in mind. I liked that about him, he was Arithmetic. " It's on the fourth," i urged.
He scanned the pages of my plastic imagination." Looks cool. So what's your poison anyway?"
" My poison?"  I had only just turned sixteen, and hung on the fringes of loose teenage conversation. I wasn't hip, or cool like him, i had a streak of purple down the front of Midnight colored hair, and had two piercings in one ear because the man doing it had made a mistake. " What drink do you like?"
I shrugged because i'd seen my friend D'angela do it, and curl loose strands of brown hair around her finger.
My uncle said my one redeeming quality, was that i'm like a Cat burglar, so quiet you never hear me slip in and tease out. " I drink normal things,like Coca Cola,"
" I'm talking dates, events, meets....are you with someone?"
" There's no one standing right next to me," internally i apologised for performing, whilst being lit up.
" What's your name anyway?"  At that i halted. My pancake Stomach flipped, And then it hit me, he didn't even know my name. I probably knew the colour of his vomit. I knew he had  a set of marvel comic books he flicked through during the lunch break, i knew he played Bob Marley when he was down, and wrote songs when he felt uplifted in the park in Greenwich, i knew his favorite food was the Special Fried Rice in Chinese Inn, and his favorite drink was Mango juice. I knew when he was five he'd been forced to play the Violin, and he'd negotiated to the cello. I resigned myself to the realisation that maybe he wasn't the one in the romance books, i felt nauseous, he didn't even know my name, and he was asking me out for a drink.
capricorn chinese ciggarette coca cola flyers hair health hungry kisses Libra mango midnight piercings romance books