The Maybe's amongst Love 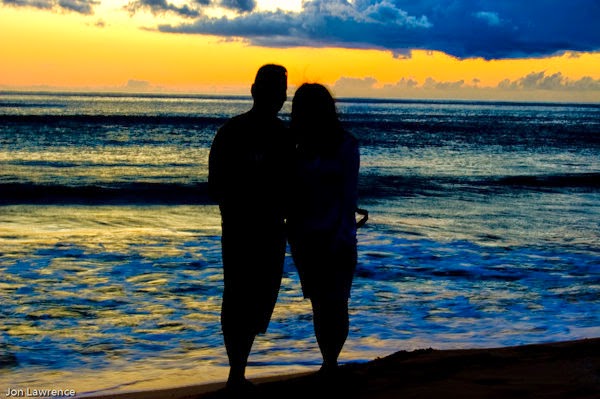 Her promise to him, was to love him. She would covet all his hungry needs, be loyal beyond belief, for she loved him, and her brown eyes told a story. Jacob stared at the loose threads of his Shoe laces, wondering what would happen if say one day, he told her the truth, that these beautiful shoes, didn't belong to normal feet. That this loving man, wasn't human. He stared out at the Vast Ocean view, the Fish that dipped, and backflipped into a sea of  Green. It was the water that made them so free to live, so free to breathe, so free to love the way they did. Angela Ross stood on the banks the golden sea shore that danced between her toes, and the sun the Orange sun that baked their skin like two hot potatoes. "  I am very different to you," he spoke it quietly, as though it were Oxygen.
" We have different personalities,"
" It's more than that," he stooped low, his hand raking through the water. He gazed at his reflection, his maker had made him, a model man. The kiss of perfection. A twist of beauty, elegant features, crystal blue eyes,  a strong nose, and a thick masculine jaw. He was an Anchor of men, and she was supposed to be his passport to humanity. " How could you love a man such as this," he began " i yearn for a story, yearn for your kiss, through the tenderness of your eyes, is the love that i supplied, Peep through the window, a soul it delays what once was mistreated." he glanced back at her. She was stiff with alarm. He knew her words, the words buried deep inside a womb of herself. He knew the longing, he understood the calculation that equated to her. " I'm not a human being,i'm different somehow,"
'What do you mean?"
" I was made. I was put together." He stalled waiting for condemnation in her eyes. He predicted shock. It's not everyday you tell someone you're not human.She remained statuesque, frozen in time. It was a moment for a polaroid, a look he would never forget, a watercolour palet of shock and horror rolled into one. She remained unmoving like the dead. She stood transfixed, maybe time had transported her to a self she didn't recognise, to a man she had once called he own. It was crazy to think that once upon a time, she was a normal woman, with a normal appartment, looking for a normal partner. What was normal in the scheme of things? She cushioned her seat as she positioned herself beside him, on the shore where they'd once s a batch of Gulls eggs.  "Everybody feels plastic sometimes,"
" it's not a feeling. It's what i am." He rolled up his sleeves, and a stretch of jean, it revealed a layer of thick white plastic.  Her brown eyes were as large as orbs, wide enough to eclipse the Ocean. She ran a soft hand along the thick plastic, " i'm sorry," she spoke softly. " this won't be the ending you want."