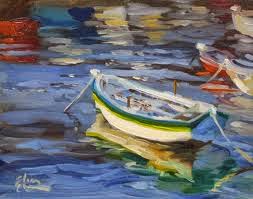 "We are the strange one's " he said, " the broken ones." I pondered that for a minute. My fathers verse on life and identity, my brothers tongue on pain and growth. " We sacrifice much for this land we live on," we scanned the fields vast in their empire. From an emerald green to a season of tropical flowers, we had built much on this land. Despite a lack of a shed, and a small pillar home, this was our box. It was our cover from the rain we worshipped how sacred it was, and how infinite it would become. I drank in lovers mile, easing my eyes along narrow streets, taking in a world that belonged to two little legs which screamed for adulthood. "You are young, yet old still,"
"i know father," i replied in a soft tone cloaked with emotion. "I will never leave this place, this is paradise,"
"it's the fruit of an old man's dreams," his tone was groggy, bitter with the stench of beer, yet there was a clarity to his every pulse. It changed me much growing up on Canway Island. From the red robin which perched by my window, to the swallows that sung me to sleep by the crystalline Ocean, it was much and much was i. My imagination needed to never leave this place, it was the hunger of my youth.
art creativity expression imagery literature love novel poetry passion vision