How to get over being used 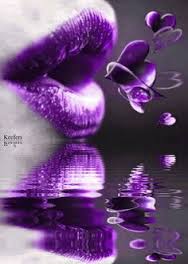 This morning i was thinking about the concept of users. Some people think it's cute to use other people, it's business savvy, it's being smart, it's being sharp or strategic. All interesting words to cover up the fact, it's just being a user. How about the person whose getting used? I've had a few people intimately confide in me about how amused they were at playing the user, how they can manipulate others. They feel like it gives them the upper hand, and a sense of superiority. I don't agree. Sometimes i combat their argument and their neatly stitched justifications. That the world is full of users, opportunist, gold diggers. Some have even said they'd rather be a user, than be used. There's no 3rd option. Simply put, i'd rather just be happy. Not have to be a user, Not be used. I often tell this story because it had at the time such a dramatic impact in my life. I once had a friend who suffered from mental health problems, and was exceptional at hiding this from the outside world. I was used as her counsellor, someone to confide in because she was terrified of the world seeing a vulnerable side to her. Obviously you don't tell, everyone you meet 'hey i'm hearing voices, and talking to someone through a radio.' I was there, and remained there for her for 3 years. Yet a resentment and a jealousy build up in her.Behind the smile, and the laughter, there was a hatred that she hid from me,until one day she literally exploded and viciousy attacked me in the street.It was one of those friendships where it was fine so long as i was invisible to the opposite sex,until her close friends started to like me, and want to hang out at my house. It was fine so long as i wasn't trying to be successful and achieve goals, i was fine so long as there was no one else to go to clubs, parties with,and in the case of a selfish needy ex boyfriend. I was fine so long as there was no one else.

How do you get over users? Forgive yourself, time is a great healer. Allow people to earn your respect, permit time for people to reveal themselves. Dont become paranoid and alienate yourself from everyone. Build your self confidence, build a mindset of happiness with boundaries, and the right people will be drawn to you.
art confidence creativity creativity. Art expression. Culture drive expression fuel getting over being used literature motivation self esteem vision voice