As tweeted by the los Angeles Times lunchbox millionaire the hottest book on search engine optimisation, guerrilla marketing tactics, strategy and branding will shift your business idea, your concept into first gear. Promoted by the Sydney morning Herald, Harper Collins, Barnes and noble and pub slush. Lunchbox millionaire is just what you need to raise capital, and acquire the change you require. Sometimes we choose to invest in products which add no value to our lives, now you can invest in a product that adds surplus value to your thinking and your life.
Chapter One
Pain provides much promise, and through Chaos we find order. Many people invest in the dream of becoming a Millionaire, without paying too much attention to what it takes to become a great leader in business. It is more than the investment of Capital, acquisitions and turnover, business is about making a profit, and sustainability.
Finding a Niche understanding the needs, and demands of your target audience, and capitalizing on your ideas. In 2006 Alex Tewy was struggling to pay his university fees, after much deliberation, his mind was put to task. Tewy produced a product called the Million Dollar Homepage, selling online advertising in the form of pixel space, to companies for one pound per Pixel, Over a million pixels were bought by such companies as Coca Cola, chipendales, women’s Pixels. The million dollar Homepage is now acknowledge as a piece of Internet history and Alex Tewy paid for more than his school fees. In crisis ideas are often born whether we utilize our mental power, is a choice we have to make within ourselves. A factory of ideas define us, self is wealth, those who invest wisely in building up their mental stratosphere, often go extremely far, those who are keen observers and can spot a gap in the market. David and Catherine Cook became teen millionaires by creating my yearbook dot com, it was pitched as the my space of the high school year book, and it’s initial startup was $ 250,000 dollars. They were financially supported by their older brother Geoff. 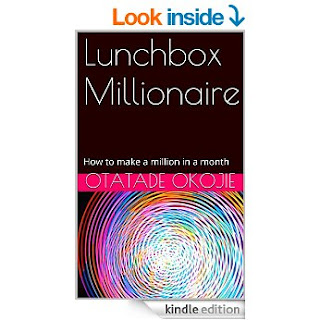 We all have various ideas of making money. Whether it’s about producing the next blockbusting bestselling novel, the teenager who starts a campaign selling Lemonade outside to raise money for cancer research, or the tech Geek who designs gadgets for fun, suddenly realizing that these ideas could become more than a conversation at the breakfast table. An idea can become a product, which makes a turnover, we can make profit from things we enjoy. In 1990 Joannne Rowling was sitting on a delayed train heading from Manchester to London. A single mother struggling on a State benefit, she decided to see beyond her financial trap and tap into the realm of imagination. A boy was born, half wizard, half muggle, and a series of Magical adventures, with loyal friends many of us dream about. The Harry potter series of books sold over a million copies, at one point the guardian named J.k Rowling as one of the richest paid women in the world. Later on it was discovered the books were making Joanne over a million copies a minute, of royalties alone, not to mention products, and the Harry Potter theme park. What would have happened if she had simply acknowledged that she was a grown woman, who had bills to pay and should grow up? There are things we are told often conversations that distract us from the importance of an idea. Your too old for that, you don’t have the funds, stop dreaming, start job hunting; you need to take life more seriously. Or simply your ideas are not up to par. Catherine Cookson another great writer of our time with over a billion books published, then made into TV series, was rejected so many times, at one point publishing houses begged her to stop writing, she was in fact wasting her time. Cookson was later published and her books have become worldwide international bestsellers. Ideas can often make us self conscious especially when it comes to voicing them aloud. What will the people around us think? What will their opinion of us be? Where will we get the money from? Most of us assume that wealthy people are born with a silver spoon in their mouths. This is rarely the case, what they have is the ability to utilize their time, and channel their imagination effectively. They are able to look at Niche, opportunity, market, target audience, and make the right connections. We are often dumbfounded by some of the most ridiculous ideas that turned individuals into walking ATM machines. Yet it was their knowledge of the business model, market structure, and an understanding of Capitalism and economics. As much as we are told that everyone has a book in them, everyone strangely enough has a million dollar idea in them. The problem is, there’s a difference between acting upon ideas and talking about them to make yourself sound intelligent. Some of the most bizarre ideas when pitched appropriately with the right marketing campaign became Million Dollar block busting hits. One of the most hysterical was the Pet Rock. The idea of selling a rock is as farfetched as it could possibly get, but one man so determined was he to triumph, he produced a product that can only be acknowledged as a windup to the working Man’s pocket. Dahl was a former advertising executive, he sold the rocks for