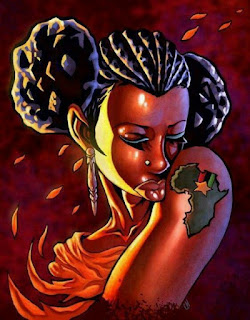 Their faces are everywhere,people who play the blame game on you but can't take possession of their own future. Everyday I wake up to his lamenting,the poison from his tongue, I am abused by a guy I rejected, who my family also rejected. Unable to deal with that rejection his maniacal mother and himself spread poison around my neighbourhood, as a writer I channel this I use it to motivate myself, encourage myself. The attempts to bully and alienate me from my own community have lasted for years, they are furious about my accomplishments."Therefore I strive on." I have been called names that turn to ash on my tongue these people are black like me, they call me monkey, animal, slag , slut, and whore because men find me attractive. The mother has a jealous nature and is consistently comparing me to her, "look at me and then look at her" she says cattily. I laugh inside. I roar inside. A guardian whose raised spoiled shallow brats, and commandeers some idiots from the local neighbourhood gnashes her teeth and everybody's supposed to click their fingers. Her son a poor joke at masculinity continues to thrive on the fact that once upon, I was vulnerable, once upon I was lonely, once upon I reached out to him. Now he is angry that he is faceless. With ugly features and dulling skin, if I dropped you I think I wouldn't pick you up.

What tries to stop you must commandeer you. You must use it as motivation,as a key to unlocking all those trapped elements. Don't get mad get smart and even. Don't be beaten by envious devil's dancing in plain sight. They have not won,They will be worn.
creativity expression freedom literature poetry sound vision voice