A timeless classic: Beat the Bully 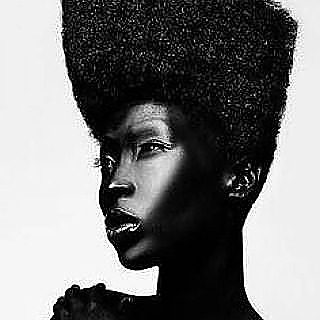 People who are jealous of you have a habit of tearing you down, then copying every single thing you do. As a leader, you have to be aware that in life there are winners and there are looser. Those who set themselves up to loose and fail by cheating, by faking skills they don't have in order to justify an inadequacy they've felt all their lives. Someone sick did this to me, most of you who follow my blog and follow me on Facebook know my story. I was severely bullied and alienated from the rest of my community by a guy and his family who were upset simply because, I just wouldn't sleep with him. His mother had been acting cruelly towards me, competing with me, until I later discovered she had severe mental health problems. This was a woman on the fringe. Yet lest not focus on that lest focus on how i asserted myself as a leader throughout this whole situation as this turned into a witch hunt. I was called Racist names, people were told to avoid me, and harassed consistently by this guy's family and his friends. They were determined to keep me at the bottom, I am rising to the top. I now have an agent for my book, I am working with the phenomenal miss central London GB, have a host of connections which include Royalty and I'm hosting an event with Richard Bransons mentee. I've been through the depression, I've been through the why he's, there is always something about you that makes that person feel inferior.They target you because their weak and joining together to make one person feel small makes them feel strong. Never keep their secret. The mother who was the instigator would cheer on the kids for calling me sadistic names, she would spread vicious and malicious lies about me throughout the neighbourhood. I'd have families with really bad reputations, families I'd never given the time of day too , bonding together, to say things like ' don't go near that girl,' because I was different. It is not your job to cloak a coward in shadow, do not hide their malice in myth , if someone really wants to help your character, they would look you directly in the eye and challenge you, on these flaws they say you have. Weak people and those who lack social skills, use malice as a way to bond. They don't have social flair, these are people you probably wouldn't give the time of day too, so what is the other option, they use stupidity, nastiness,and cruelty to draw you in.  These are people you wouldn't give the time of day too . If your so ugly, if your so flawed, if your so less than up to par why are they so taken up with what your doing, wearing, how your talking. Bullies have always been bullied themselves, or abused in some way, jealous and something about you is pretty amazing. So keep being amazing. Avoid them, ignore them, for me these people will never get my time. It is precious. In this lifetime if you see someone outnumbered don't join the pack, you wanna be a leader not a looser.
bullying confidence courage cruelty jealousy envy leadership parasite pride strength winning