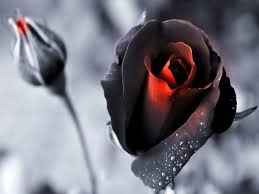 “ Somebody did this to me, and I wanna know who?” Evein glared at her parents angrily, their narrow gazes shrinking even deeper as their usually mocha skinned daughter was turning an almost pale shade of brown. “ Keep it closed dalton.” She hissed as her little brother reached to peel the ivory curtain back.


“ It hurts. It feels like someone piercing you with a thousand needles.”


“And the guy at the bar, you don’t think he put some psychotic in your drink,”


“Its called metamorphose, or morphic, it’s a drug, that’s”


“supposed to stop your heartbeat, yet somehow keeps you alive.” Evein patted her fro gently, she wanted to take it off. Why pretend as though you stood for culture and clarity when all of a sudden you’d fade to nothing, when that gold orb tasted the blue sky. Christ she’d read vampire books, series that nullified any belief that things beyond the grave existed, a myth created by a very lonely, very imaginative mr something century J.k Rowling. After all the books were about people with super abilities, women who suddenly became sirens, that wouldn’t be happening any time soon. “ I’m literally,”


“A dead man walking,” Dally joked. Even he felt stale on that hit. “Any suspects yet?”


“Yes,” mother finally put in dragging a long breath, the anxiety in her tone amplified. She stood up slowly, the red gown theyd brought her wrapped and curled like a vine. “ Somebody hated you enough to want you dead but didn’t have the guts to see it through.’


Father agreed with a groan.” Who’d you piss of this time princess, because by my calculations that drug is a slow poison, you have one month to live to find answers, and to get the antidote.”


“I guess I need a detective.” There was a heavy silence, quiet enough to make the birds chirping outside sound as though they were on pop idol. “ Not him, anyone but him.”


“he’s also a bit of a rogue,” Mother added, Evein glanced at Dally who was grinning from ear to ear.


“I called him as soon as you walked through the door,” Evein gulped the last of the strawberry juice, though she could barely taste it. Taurus Jones had an ego the size of mars at the best of times, and at the worst of times? Damn, this was supposed to be a flipping happy new year.  (To be continued)
creative creative expression Creativity. Fiction literature novel poetry short story vampires vision goals writing