Joshua Pavis: Man on a Mission 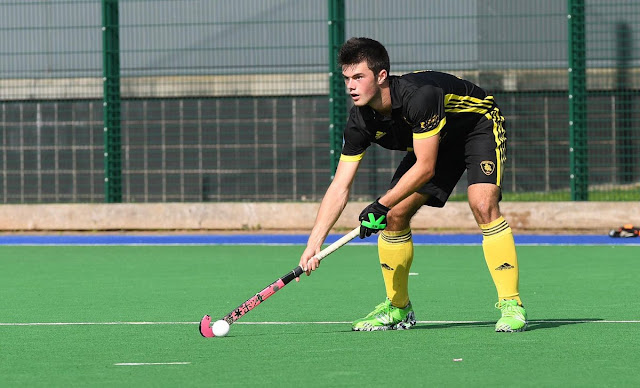 As redebony mentioned previosuly, I am a hockey player, currently playing for the Great Britain U21s and the University of Nottingham. From now on, I will be sharing brief accounts and thoughts of some of my experiences as an international hockey player; from travelling across the world, to how I prepare for a game, to what I get up to, in my spare time, well what little of it I have. I hope you enjoy it. It starts off as one lesson a week at school, something that school has to do to ensure we are doing enough physical activity. Then it becomes a hobby, something to pass the time when you're bored with your mates on a sunny Summers day. After a while, it becomes your passion, something you are always thinking about. And then, before you know it, it becomes you're life, the only thing you worry about. We always hear about the ‘Power of Sport’ and how it changes people’s lives. For some people, it didn’t just change their life, it became their life. When all your everyday decisions are influenced by sport, that’s when you know it’s more than ‘just a game’.


The path to success, however, is not easy, the early starts, the long training sessions, the gruelling pain, the setbacks, the sacrifices. So why do we do it? Why do we put ourselves through it? For me, it’s simple. I want to be the best! And I hate losing, like really hate it! Back in 2016, we won the annual Sultan of Johor Cup, a prestigious tournament held in Johor, Malaysia. We beat India, in the final, to lift the trophy. Being 16 at the time, I had never experienced anything like this. Having thousands of local fans, cheering for us, was something I could never have imagined, when a year later, I was just playing hockey at school, but preferred football and cricket. I was representing my country, and not only that, but we were winning too! Two years later, we were back in the final of the Sultan of Johor Cup. Heading into the final, we were undefeated, winning 5 from 5, including victories against Australia, India and hosts Malaysia. However, in the final we underperformed, we lost 2-0. You could put it down to a number of reasons, poor execution, complacency, fatigue, but at the end of the day we just weren't good enough. Reflecting on the tournament, I thought back to 2 years ago and that final, but it was all a blur, yes we were the Champions, but we hadn’t been the best time throughout the tournament, yet this year, finishing second, didn't do our performances justice! Which perhaps best highlights another reason why I love sport. It is unpredictable. Whatever sport it is, nothing is for certain, nothing is guaranteed. Which is perhaps why it feels so good to win!
Josh Pavis Instagram: @joshpavis
Twitter: @josh_p14
ambition Celebrity drive great Britain hockey Joshua pavis motivation sports winning